On December 5th and 6th I had the opportunity to visit the American School of Warsaw with a focus for looking at their design studio setups. We had a very loose plan to watch a lesson or two but mostly spend time with Adam, Caroline, and Michael talking about their programs.

It was a great experience to spend time with Adam who had set up spaces from scratch in the middle school, but who had also helped the elementary school teacher stock their space and carts. This opportunity allowed me to discuss what they had gotten right, what they had gotten wrong and what they would do differently if they were starting from scratch. Which gave me lots of opportunities to think, question and edit plans we had.

It was also great to see the school that was only just ahead of where we were and not 15 steps ahead of where we are. Many times we go visit schools who are at sort of at an endpoint in their journey and it’s very difficult to see what it might look like along the way but with Warsaw their elementary is at a sort of in-between point so it was nice to be able to see sort of what the middle might look like. This gave us the chance to actually see next steps and not just imagine them because when you see it just at the end, it’s hard to imagine how they got there.

As far as spaces, they are in the same spot as we are, a sort of designated early years space, but the upper elementary is working out of mobile carts. This gave us a chance to think along with them about what would be a good elementary space, what that space might look like, and what it could include. They’ve already begun this thinking so it was nice to be able to sort of join in the discussion with them.

While we only visited for a day and a half we had many great conversations which helped clarify my thinking around things like equipment lists, what to buy, and what not to buy. I also have a clearer idea of ways to progress with some of the vocabulary that is introduced around the purpose of the room. For example, I loved that they used the PYP Approaches to Learning (AtL) as the skills that they focus on teaching in the space. I think this is a great way to focus the purpose of the learning that happens in the space.

Helping to us embed skills learned it into the curriculum instead of ‘adding another thing’ to the pile of teaching already occurring. ATLs are transferable to all subject areas and are also something that we’ve already been using. All in all it was a great visit and it motivated me to progress further with purchasing and stocking the room.

I have enjoyed reading the articles this week. They remind me of the effort and work that I put in to make the websites that I make for teachers and students the best that I can with the tools. I know that better tools could produce better sites, but with the tools that I have, I do what I can. I have always taken when I like and what I didn’t like from other websites to guide designs. Unconsciously following the CRAP model mentioned in this article. Now that I have read about the CRAP model I realize that what I liked about websites is that they used the CRAP design principles.

I also enjoyed reading about the eye tracking studies. While it may seem that they are not directly connected to the CRAP and visual hierarchy design article I think that they are. I wrote a blog post back in 2015 about how my left eye being more dominant affects the way that I visually layout my personal computer. If it affects my layout of my computer, then it must also affect the way that I layout a website or the way that other people layout websites. That is another element to consider.

I have also been working with my school on a new digital system that is web-based and one of the things that we found was that the initial designs were very much not user-friendly. But then after some revamps mainly based on both of the points in these articles the user interface is beginning to take a more pleasing shape.

For this week we were asked to take the skills that we learned in reading these articles, and “fix a resource that we had designed for working with students. I choose to improve a page in my Student Tech page. 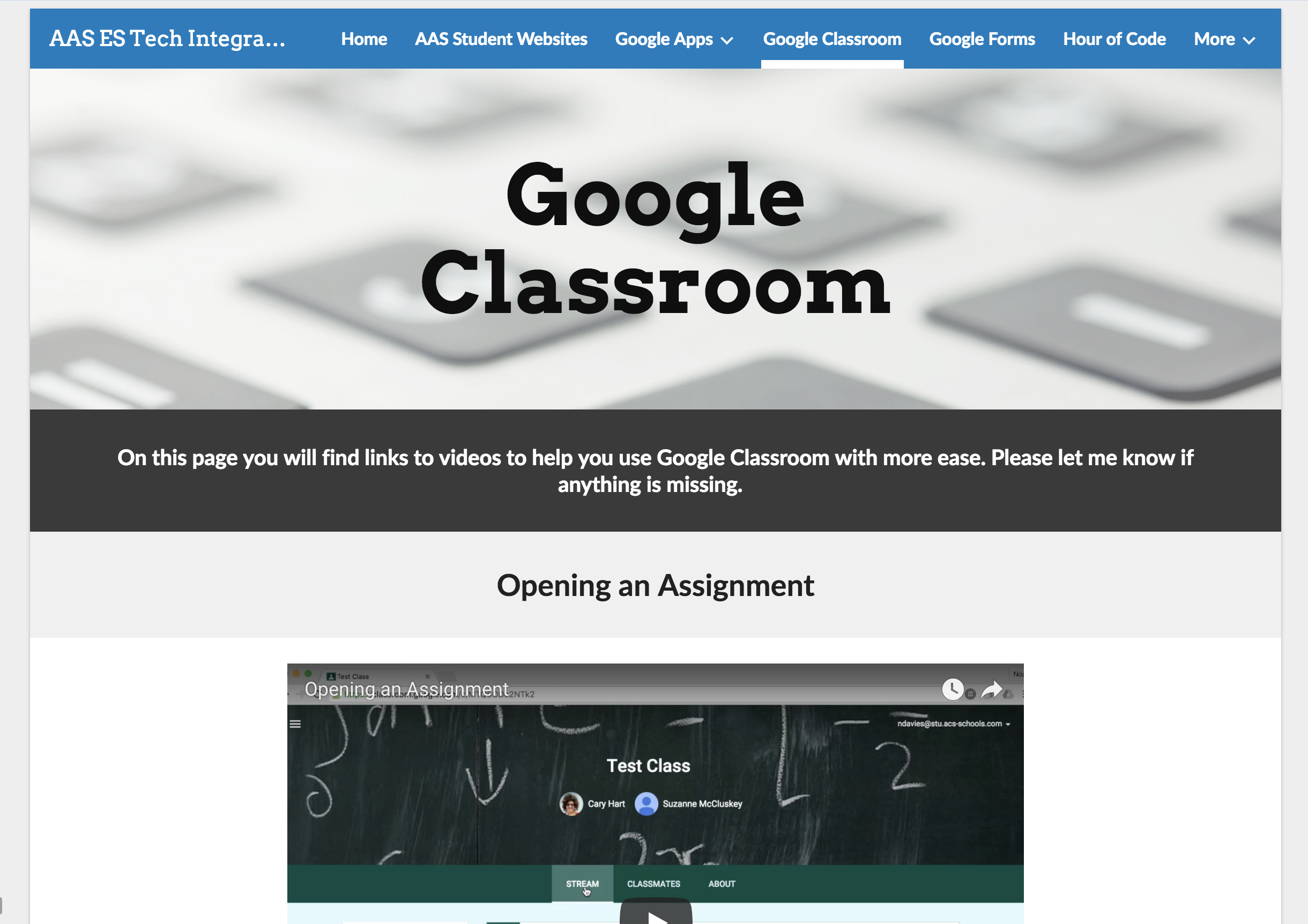 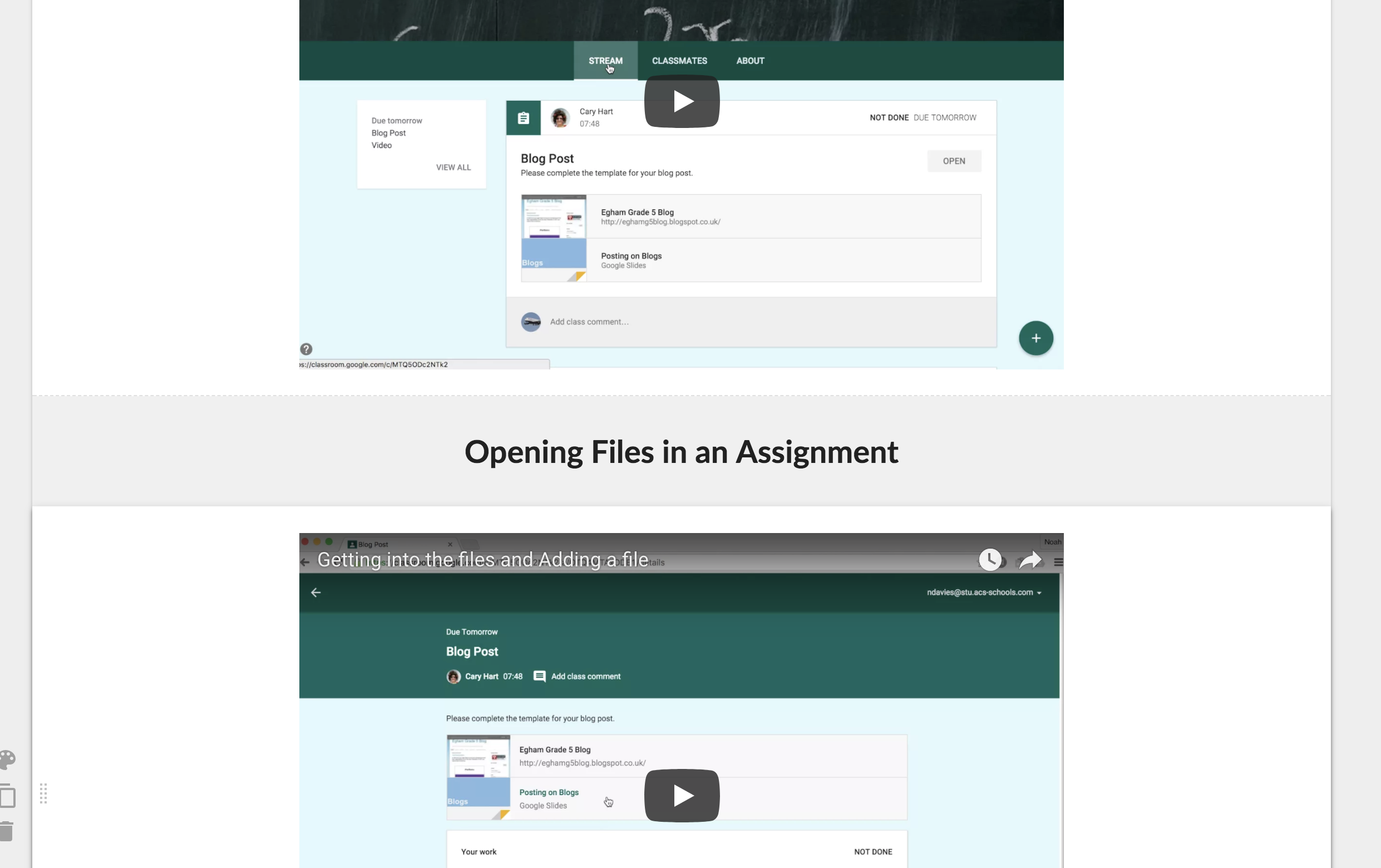 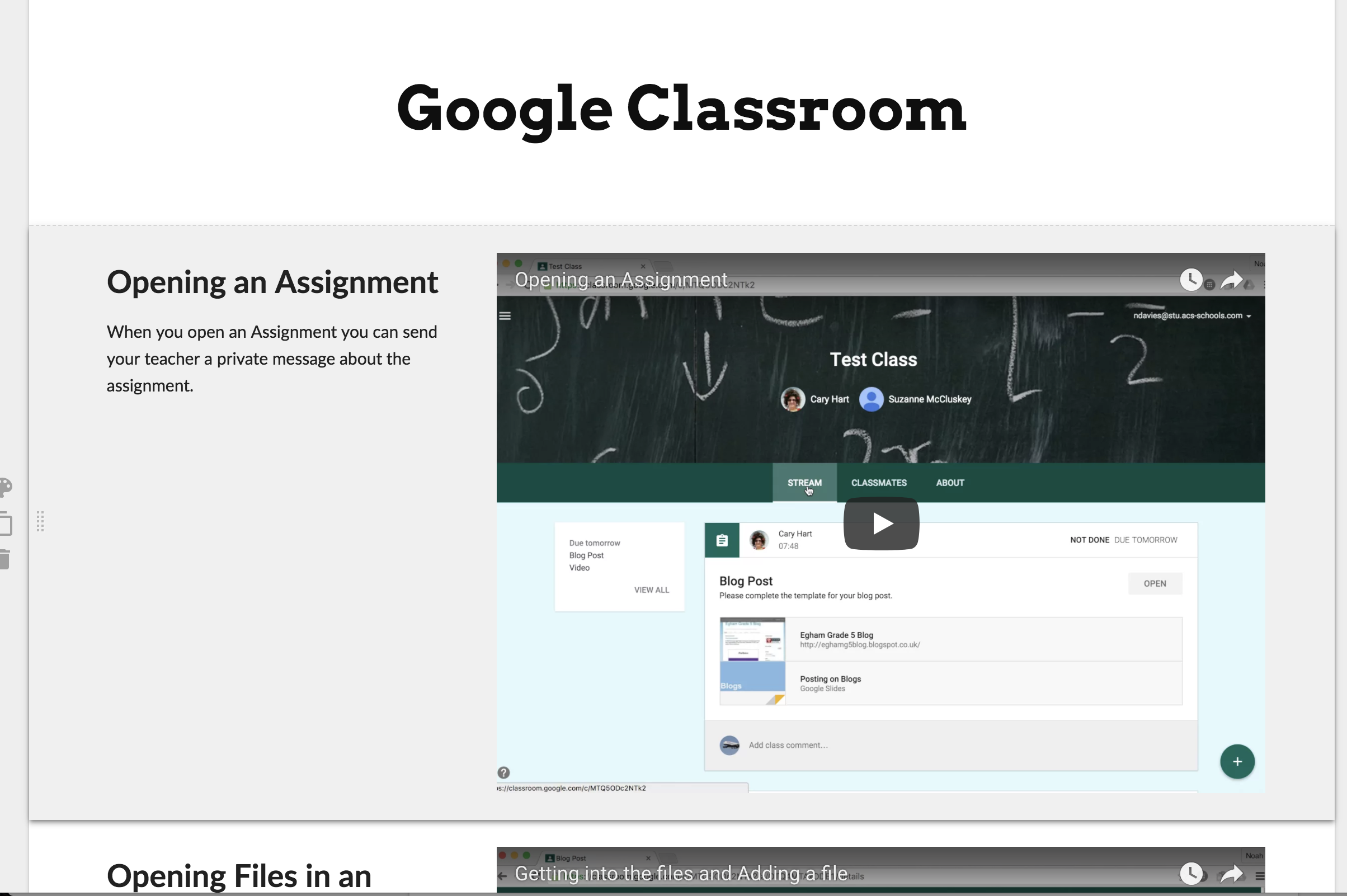 I mainly worked on improving the elements of CRAP except for repetition. I worked on improving the contrast, alignment, and proximity. I think that my original design was based on what I was able to do with Sites at the time I created it. But now with new updates, there are more options which allowed for more design changes. I am looking forward to the 4th quarter changes that are coming for sites so that I can continue to improve my resources.